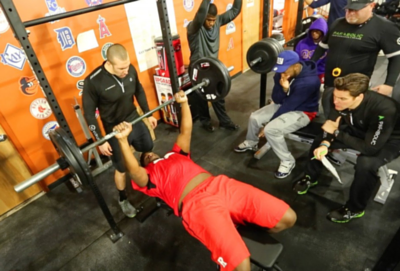 FARMINGDALE — As 53 offensive linemen arrive in Indianapolis on Tuesday for the NFL Scouting Combine, Keith Lumpkin is 700 miles away training at Parabolic Performance & Rehab in Farmingdale.
The Combine snub was a surprise for Lumpkin, who started 38 straight games at left tackle to finish his Rutgers career. “Keith Lumpkin not getting an invite is insane,” said Brian Martin, who is leading Lumpkin’s NFL training at Parabolic.​