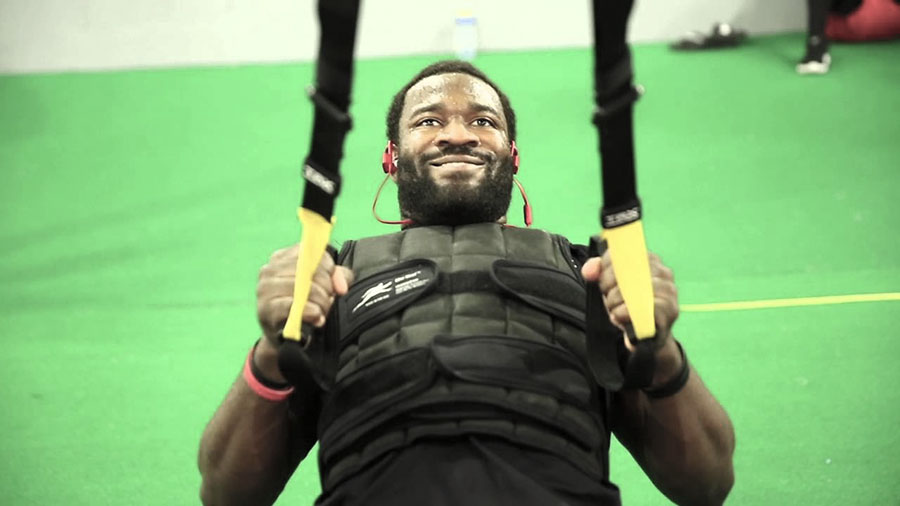 Rutgers junior linebacker Steve Longa declared for the NFL Draft on Dec. 22 in an exclusive interview with NJ Advance Media. The Saddle Brook native will keep readers informed of his journey through a first-person diary (as told to Dan Duggan) that will run periodically on NJ.com until the draft in late April.

For his first entry, Longa describes the reaction to his decision to leave Rutgers early and he provides an update on his draft training at Parabolic Performance & Rehab in Farmingdale.

The reaction was a little bit of everything. You get, ‘Man, I’m happy for you, you made a good decision.’ And then you get, ‘What are you doing? Why are you declaring so early?’ It’s never everything you think it would be. People are going to have their opinion, but at the end of the day, you have to live with your decision. It’s your life. It’s not anybody else’s life. They’re going to tell you what to do, but at the end of the day, you have to live your life so I’m trying to live my life and I’m trying to care of my side of business. Once I make it, all those people that said, ‘What are you doing?’ are going to be the same people that are going to come and say, ‘Congratulations! I knew you were going to make it.’ But it’s not anything I look at. I just have to do what I have to do. It’s my life. Nobody is going to live my life for me, so I’m going to do whatever I think is right for me and I’m going to do it and not look back.

Training is going pretty well. I’m getting my body right. All the aches and pains I had throughout the season, I’m taking care of them right now. I’m trying to lay the foundation. They’ve got a good medical staff right here. (Dr. Matt Cifelli) has been working on my body — all the tightness I have in my ankles, hips, hamstrings. He’s taking care of it every day and I feel better each and every day. I’ve used a cryogenic chamber. It brings your body temperature down to -270. You only stay in for two minutes. It’s like a cold tub, but they say it’s more efficient. I do some dry needling, acupuncture and all that little stuff. I see the results and that’s all that matters.

We’re working with (former Buccaneers and Cowboys linebacker) Al Singleton on our hips — shuffling, trying to get on a straight line when we’re running down in a Cover-2, flip your hips like a DB does, but still playing low and aggressive like a linebacker. We work with baseballs, softballs and footballs during the drills. It’s for your vision and being alert. It comes out fast. It’s not like a football. They throw one or two at a time, but you have to react to it. You can’t really think about it, you just have to react. You have all these balls coming, it’s like reading one key and then you have to feel everything else. So you read something, but you have to feel everything else — the guard pulling and that stuff. So you have a few of those balls coming at you and you have to react and catch them.

I’m focused on everything in training. I’m not there yet. I’m not the perfect, ideal football player. I know that. I have to work every day and keep learning. I’m just trying to take coaching as much as I can. I’m like a sponge right now just trying to soak it in.

I chose Parabolic was because of the medical staff they have here. I worked with them a couple of times before the season ended and they really took care of my body. From there, I realized this is what I need because I knew I wasn’t going to be able to come out of the season 100 percent. So I needed a staff that could take care of my body and have me in tip-top shape to go and perform the best I can. Second of all, they have a great staff right here that helps you get the numbers that you need. You’ve got (NFL program director) Brian (Martin), you’ve got (NFL combine coordinator) Justin (Moore), you’ve got a big nutrition staff with ‘Big Swole’ (Angelo Todaro) — so they’ve got a great staff. And it’s in New Jersey, it’s close to Rutgers and I’m trying to take two classes so there were a lot of little things that I had to consider.

Quentin Gause, Keith Lumpkin, Paul James, Sam Bergen and Savon Huggins are also training at Parabolic. We have a bond and we like to compete so it’s nice to have them around. But we also have other guys from other schools that are just as competitive as us so we push each other every day. We go at it 100 percent every day and we coach each other because we’re trying to get the best to come out of every single one of us. We have a great group of guys and it’s awesome working with them.