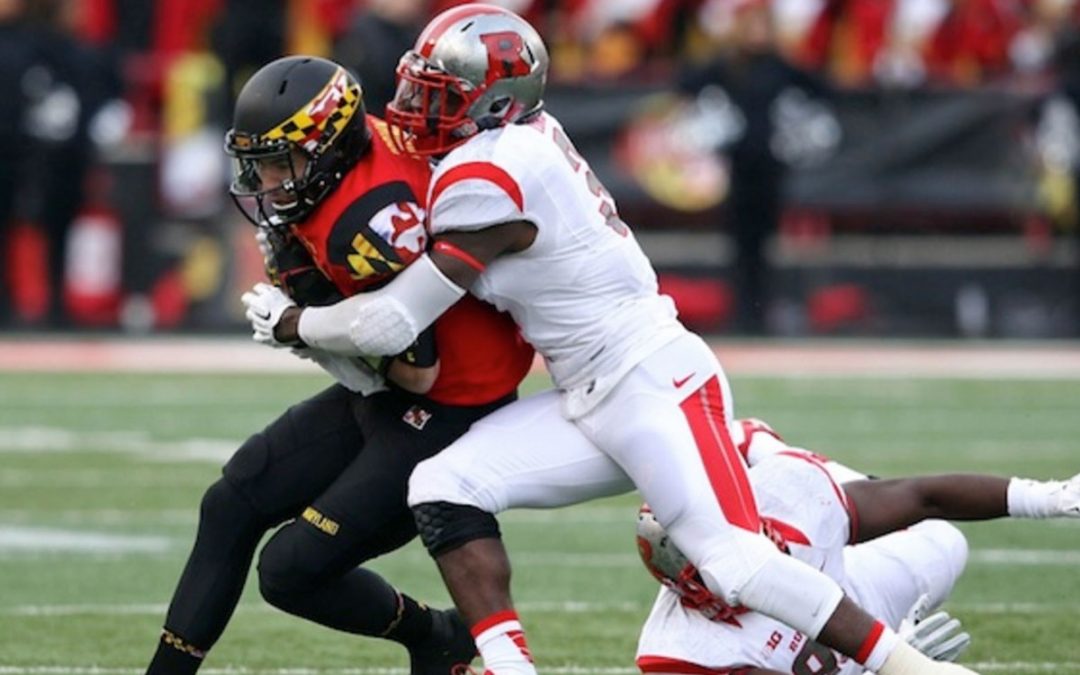 After ‘ season ended on Nov. 28, redshirt junior linebacker Steve Longa was faced with a decision.

Coming off his third straight 100-plus tackle season, or returning to Rutgers for his senior year. Longa gathered information from as many resources as possible and then took a step back.

After taking three weeks to weigh his options, Longa has decided that he’s ready for the NFL.

“I feel like it’s time,” Longa said in an exclusive interview with NJ Advance Media. “I’m prepared. I had a very good season and I looked back after the season and I saw what I’ve accomplished throughout my career at Rutgers and I asked myself the question: Am I ready for the NFL? Is this the right time? I had to answer that question myself, not anybody else. And I felt like I was ready so that’s why I made the decision to leave.”

The 6-foot-1, 225-pound former Saddle Brook High star is one of the most prolific tacklers in Rutgers history. Playing middle and weak side linebacker, Longa led the Scarlet Knights in tackles in each of his three seasons, and his 342 career tackles ranks eighth in school history.

“I had 100-plus tackles for the three years that I played,” said Longa, who started 37-of-38 career games. “I was able to become a leader in that defense, I learned the system and then I played at a very high level every Saturday. I asked myself the question if I’m ready to go to the next level. Am I ready to play with those grown men in the NFL? And I feel very confident that I’m ready.”

Longa, 21, has received feedback about his draft projection, but he declined to share that information.

“It doesn’t really matter what round I go in. It really doesn’t,” Longa said. “First, second or undrafted free agent, that doesn’t matter because at the end of the day you have to strap your helmet up and go play football. And I know I can play football. You see all the time that people get drafted first, second, third round, but then a year or two years later you don’t hear about them anymore. Why? Are they just happy that they made it or were they not as good as people thought they were? But I know I can play football.”

Longa, who hasn’t signed with an agent yet, will train for the draft at Parabolic Performance & Rehab in Farmingdale. Renowned trainer Brian Martin will lead Longa’s draft preparation with positional instruction from former NFL linebackers Al Singleton and Bart Scott.

“I think Steven has tremendous upside. I think he has an incredible motor, he’s an obvious tackling machine,” said Martin, who has trained more than 200 NFL players over the past 23 years. “We’re going to help him with his hand fighting and hand techniques as a pass rusher in addition to being a tackling machine. I believe this kid has the ability to be a Bart Scott-type player.”

A labor studies and employment relations major, Longa said he is two semesters shy of earning his degree. While he will put school on hold to prepare for the draft this spring, he plans to return to earn his degree.

“Getting a degree means a lot to me so I’m going to keep taking classes — if it’s one or two per semester — until I get my degree,” Longa said.
A three-star prospect in Rutgers’ acclaimed 2012 recruiting class, Longa played his entire career for former head coach Kyle Flood, who was fired on Nov. 29. Longa spoke with new coach Chris Ash about his decision last week.

“I had a great time at Rutgers,” Longa said. “I wouldn’t change my experience for anything. I wouldn’t want to go to any other place. Rutgers was the perfect fit for me.”

Growing up in Cameroon, Longa didn’t dream of being in this position. He moved to the United States in 2007 and didn’t play football until his freshman year of high school.

“It never was a dream when I was growing up,” Longa said of playing in the NFL. “But God put me on this earth for a reason and whatever reason that is, I don’t question it. If it’s doing good or touching people’s hearts or helping people through football, I’m willing to do that. I am also very grateful for the opportunity football has given me — going to college, getting an education for free. A lot of people don’t have that opportunity … Is this a dream come true? Right now, it is a dream come true. If you play college football, your dream is to make it to the NFL. Until I make it, which I know I am, then I’m going to answer that question.”