Training Tips: How to Improve Your Athlete’s Speed 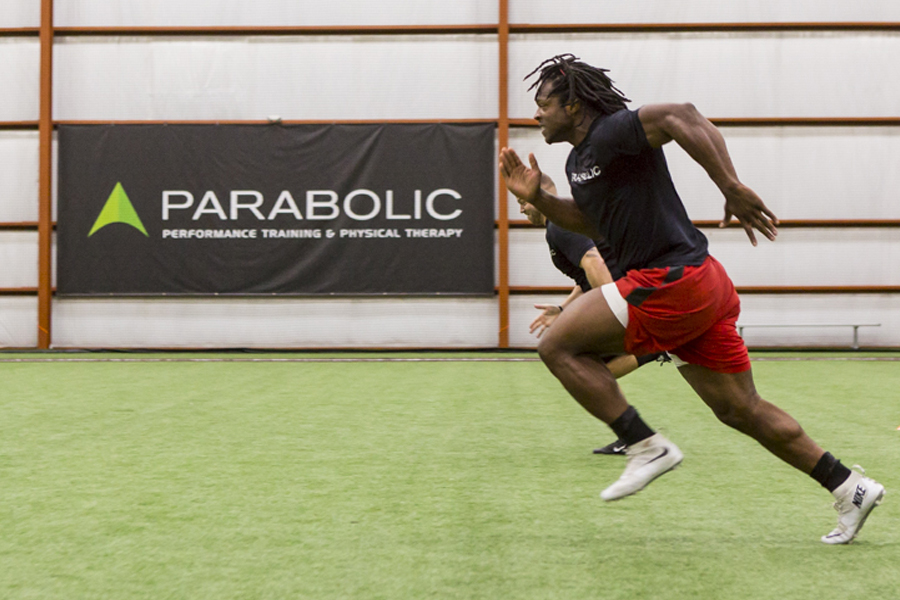 Thanks to the Internet, trainers who predominantly use foot ladders to increase “foot speed” are increasing. As a result, people are being exposed to and influenced by training that prioritizes rapid leg movements and fancy footwork over force production and moving the entire body from one place to another. Unfortunately, this type of training does not increase athletic speed or change-of-direction ability. These qualities are all about applying more mass-specific force to the ground in progressively shorter contact times, oriented in a way that propels the body in the desired direction. For every action, there is an equal and opposite reaction. When we apply force to the ground, it applies force back into us. This propels and projects the body through space and allows us to sprint, jump, change directions, and perform other incredible feats of athleticism, (3). With this in mind, here are training tips: how to improve athletic speed.

The Key to Speed 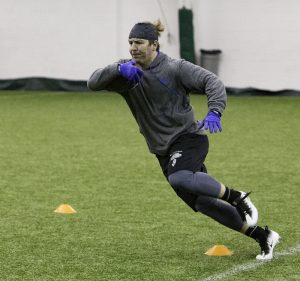 Coaches and athletes in track and field have long known that the key to speed lies not in choppy, rapid leg movements that take you nowhere. The secret to speed is applying force to the ground to propel the body in the desired direction as efficiently and effectively as possible.

The fastest, most explosive running backs don’t dance around in place. They make one cut and get vertical, exploding past defenders for big gains. Fast, explosive backs quickly put their foot in the ground and propel themselves laterally with speed and power that others can only dream of. They burn their competition with the top-end speed that many opponents can’t begin to rival.

When watching these elite performers, we marvel at the fluidity and power of their movements, and at their ability to transport their bodies from one place to the next as if soaring through space.

Greater Application of Support Forces to the Ground Improves Speed

How do they do this? Research has shown that faster top running speeds are achieved with greater application of support forces to the ground and not by moving the limbs faster (1).

Another study by Morin et al. showed a strong correlation between horizontal ground reaction forces (GRF) and 100m-sprint performance. This demonstrates that higher level acceleration and sprint performance was achieved by not only applying high amounts of force to the ground but by orienting them horizontally to

propel the body forward, (2). Both of these studies involved an analysis of highly trained sprint athletes.

With this knowledge, we can now critically look at these so-called “speed gurus”. They post videos of their athletes running through ladders that require them to move their feet rapidly while moving their body practically nowhere.

Why Ladder Drills Aren’t The Most Effective Exercise

The forces that the body must absorb and produce during the execution of these foot ladder drills are FAR less than the demands placed on an athlete during max effort sprinting. Additionally, the velocities at which these forces must be absorbed and produced are significantly less than what is experienced during sprint performance. Finally, the limb movements and joint positions utilized when running through a ladder are different from those seen during acceleration, change of direction, and max velocity sprinting, and therefore, do not transfer to these skills.

How to Improve Athletic Speed

If the goal is to actually improve speed and change of direction ability, the goal must be to improve the ability to apply the greatest possible mass-specific forces to the ground, in the shortest window of time, oriented in a way that will project the athlete’s center of mass in the desired direction. Period.

How Do We Do This?

We do the basics, and we do them well.

Now, before someone comes out of the woodwork and defends the use of ladder drills, I am very aware that they serve a purpose as a warm-up tool. However, I’d still argue that there are more effective ways to warm up that give you a greater return on your investment.
They also serve as an EXTREMELY low-level plyometric exercise that can reintroduce athletes to short-ground contact time plyometric activity and changes of direction after injury or in the training of young, untrained kids.

Finally, they can create a context to teach an athlete proper position when changing directions. The key to this last point is that there will be no transfer from ladder drills to the athlete’s actual sport unless the athlete is able to apply the skills he or she learned at the velocities and against the forces demanded of them during the sport performance.

This is known as the SAID principle, or Specific Adaptation to Imposed Demands. The body changes very specifically to meet the demands you place on it. It does so to be more prepared in case that EXACT demand is placed on it again, a mechanism for survival and resiliency against stress.

You can teach someone the best change of direction angle in the world as they “icky shuffle” back and forth through a ladder in a very controlled environment.  However, if they can’t demonstrate that angle and force redirection in a reactive, chaotic environment that actually leads to them accelerating in another direction on game day, then you’ve done nothing for them.

The Problem With Footwork

However, the three points listed above are not the concern when it comes to the use of these drills. The problem is when “footwork” and ladder drills comprise a substantial percentage of the athlete’s on-field training volume. Brief use of a ladder or a low-intensity change-of-direction drill during any one of the above scenarios may be entirely appropriate, but teaching athletes that they will improve their speed and agility by doing this consistently and for large sections of their workouts is wrong.

When you understand the underlying scientific principles that govern all movement, it becomes much easier to filter information and separate quality training from fluff. 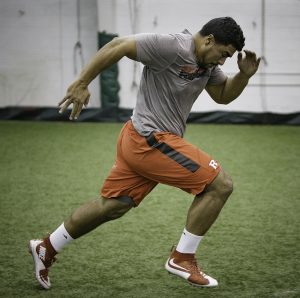 Improving sprinting acceleration is about applying greater forces into the ground, in a shorter window of time, oriented horizontally to propel the body forward.

Ultimately, these training tips: how to improve your athlete’s speed, use scientifically-proven methods. You need to apply a greater application of support forces to the ground. Gimmicks and flashy footwork may make you look cool on social media. However, they will never improve performance the way that tried and true training methods. methods that have stood the test of time and generated real, measurable results — will.